Turkish Dramas being Aired to Educate and Provide Role model to youth of country.PM Imran Khan

Turkish Dramas are being aired in Pakistan in attempt to educate and provide role models to youth of Pakistan, Prime Minster Imran Khan said in an Interview on Saturday.

The Prime Minister Imran Khan, in an interview to Hamza Ali Abbasi on Hum News, said that Pakistan would try to produce Turkish darama-like series as well.

The premier speaking about the society said that Negative use of mobile phones has destroyed society as you can not ban things. However , we can provide people with alternative entertainment.

Famous Turkish drama serials Ertugrul Ghazi and Yunus Emre were dubbed in Urdu and are being aired on the state-run TV channel PTV Home on the direction of Prime Minister . Ertugrul Ghazi broke the record for popularity in Pakistan. The series gained a huge success for PTV with the release of its first episode. The first episode of Ertuğrul Gazi was viewed 84 million times and subscribers of Youtube channel of Drama are 10.2m.

Originally produced by Turkish state-owned media company TRT in collaboration with a private company, the historic drama was later dubbed in various languages and streamed online around the World.

Ertugrul seriess depicts the pre-history of the Ottoman Empire, chronicling the plight of the nomadic Kayi Oghuz Turkic tribe, led by Ertugrul , the father of Osman I , the Founder of Ottoman Empire.

A few days ago, In tweet , PM Imran commended another Turkey Drama Yunus Emre to watch to youth of Pakistan. 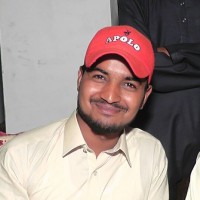